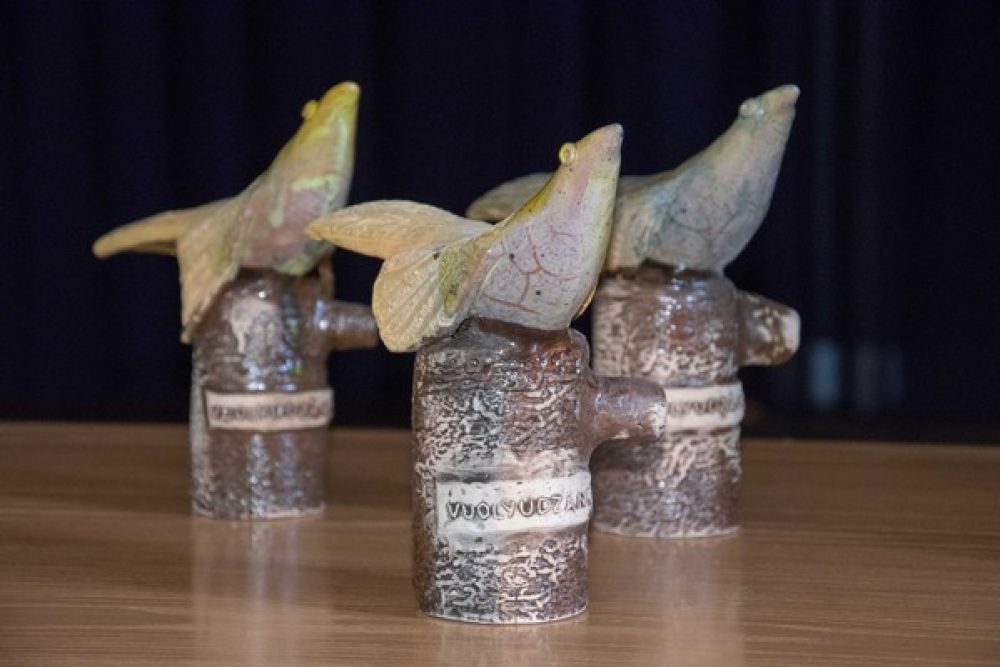 Currently, only a few schools in Latgale offer teaching Latgalian literary language, as well as the history and culture of Latgale, to children and young people. This happens thanks to the initiative of devoted teachers. Moreover, since 2000, the Olympiad of Latgalian written language and cultural history as well as the Stage Speech Competition Vuolyudzāni have been organized. Both events are organized by the Association of Teachers of Latgalian Language, Literature and Cultural History.

The purpose of the Stage Speech Competition Vuolyudzāni (‘Languagers’) is to strengthen the Latgalian identity among children and young people, to make them understand the works by Latgalian authors, the value and expressiveness of Latgalian-language texts, to develop their mastery of stage speech, emotionality, to raise the language/speech culture and cultivate the Latgalian written language. Every year, both preschool children and pupils of all school grades are invited to participate in the stage speech competition which is given its own theme each year; every participant must prepare two pieces of artistic speech in Latgalian.

The purpose of the Open Olympiad of the Latgalian Written Language & Cultural History is to popularize the cultural heritage of Latgalian among school youth, to strengthen the understanding of the Latgalian written language as an important part of the all Latvian identity, to arouse young people’s interest in the Latgalian language and history, and to recognize the cultural values. The participants are teams of 3-5 students from 10th to 12th grades of general education schools. The themes of the Olympiad are announced every year in advance, which allows students to prepare a specific topic. Since 2013, the Olympiad has had the national status in Latvia.